Today I had a chat with my partner in crime during my stint at Shanghai last year and he shared an idea that he has in mind. I immediately asked if I can come onboard and work on the project with him. =)

Which leads me to thinking whether I have too much on my plate right now. As you all know I am kick starting my project with 2 tech co founders. I am also currently shipping some stuff back from China to sell here with my partner in crime. On top of that I just joined e27 as a freelance contributing writer, and also signed up for a business case competition which will be taking place in the next 2 weeks to know my team member better through the competition (I teamed up with 3 new people that I never met before). And next Monday, Ill be meeting a few other friends to bounce some other ideas. On top of that, I need to discipline myself to learn photoshop and web design, and also pick up on SEO.

And I still have school and assignments. And the dreaded tutorials.

Maybe I have a little too much on my plate.

Makes me wonder whether is it good to work on a few projects concurrently? Or should I just focus on one or at most 2?

Anw just to share an article here to remind me of the possible adoption of this model into one of the few ideas that I am working on. =) 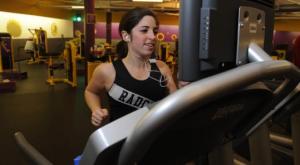 Amanda Deutsch worked out at Planet Fitness in Cambridge’s Porter Square, where she pays based on her ability to stick to her exercise schedule. (Essdras M. Suarez / Globe Staff)

Every year, we resolve to hit the gym more often and get fit. And by the end of January, many of us have missed workouts or given up altogether.

According to Yifan Zhang, a 2010 graduate of Harvard College, part of the problem is that customers see gym membership fees as money spent, or “a sunk cost, especially if you pay at the beginning of the year.’’ That prompted the idea for Gym-Pact in Boston, which she created with Harvard classmate Geoff Oberhofer.

Gym-Pact offers what Zhang calls motivational fees — customers agree to pay more if they miss their scheduled workouts, literally buying into a financial penalty if they don’t stick to their fitness plans. The concept arose from Zhang’s behavioral economics class at Harvard, where professor Sendhil Mullainathan taught that people are more motivated by immediate consequences than by future possibilities.

Zhang and Oberhofer translated that principle to workout motivation. If missing a workout cost people money, they’d be more motivated to stick with it, they thought.

“If you have a toothache, you go to the dentist. If there’s a cavity, you know it needs to get filled in, but if it doesn’t hurt right now, you may not bother,’’ Mullainathan said. “In traditional gym memberships, not going is not very costly. In this one, you actually might feel the pain of not going immediately.’’

Gym-Pact launched a pilot program in October with a small group of participants, including some first-time gym members, at Bally Total Fitness in Boston. A second group of about 20 customers kicked off 2011 at Planet Fitness locations in Government Center in Boston and Porter Square in Cambridge.

Gym-Pact negotiated a group rate with Planet Fitness, then paid the membership fees for participants, who in return for a free membership agreed to work out at least four times per week. If they fail to follow the schedule in any one week, the participants pay $25. If they leave the program for any reason other than injury or illness, they will pay $75. For now the fees will be used to pay for the gym memberships and to build a financial aid fund.

“We don’t want to profit off of people’s failures,’’ said Oberhofer, adding that the company will eventually make money from referral fees and revenue-sharing affiliate programs with gyms.

Gym-Pact is somewhat experimental. Based on feedback from the two groups, Zhang and Oberhofer plan to tweak the fee structure to allow it to be customized to a customer’s goals. Future iterations may include a combination of discounted gym memberships and smaller penalties that apply daily rather than weekly.

Amanda Deutsch, a student at Harvard, joined Gym-Pact in January because she “thought it’d be a good way to get myself to go to the gym a bit more often.’’

So far, it has worked.

“I can’t imagine that people want to pay,’’ she said.

Real accountability was critical, but collecting attendance data from gyms proved problematic, so the partners created a text-messaging system. E-tokens are kept at the gym’s front desk, with a digital password that changes every 60 seconds. Participants text the password on their way in and out of the gym.

“The most amazing story of 2010, to me, was Groupon,’’ the online coupon service that offers discounts for limited periods of time, and only if enough customers sign up for the deal. “That’s a motivational technique in a different way.’’

Aulet warned that if Gym-Pact is too effective, it could stretch resources at participating gyms, a dynamic he has observed at some popular Groupon merchants.

“The interesting thing about these kinds of companies is that they could not have happened in Silicon Valley,’’ he said. “There, they think you solve problems with technology. But these companies that have innovative business models and are based off behavioral economics have proven to be extraordinarily successful.’’

Anything to say to me? Cancel reply